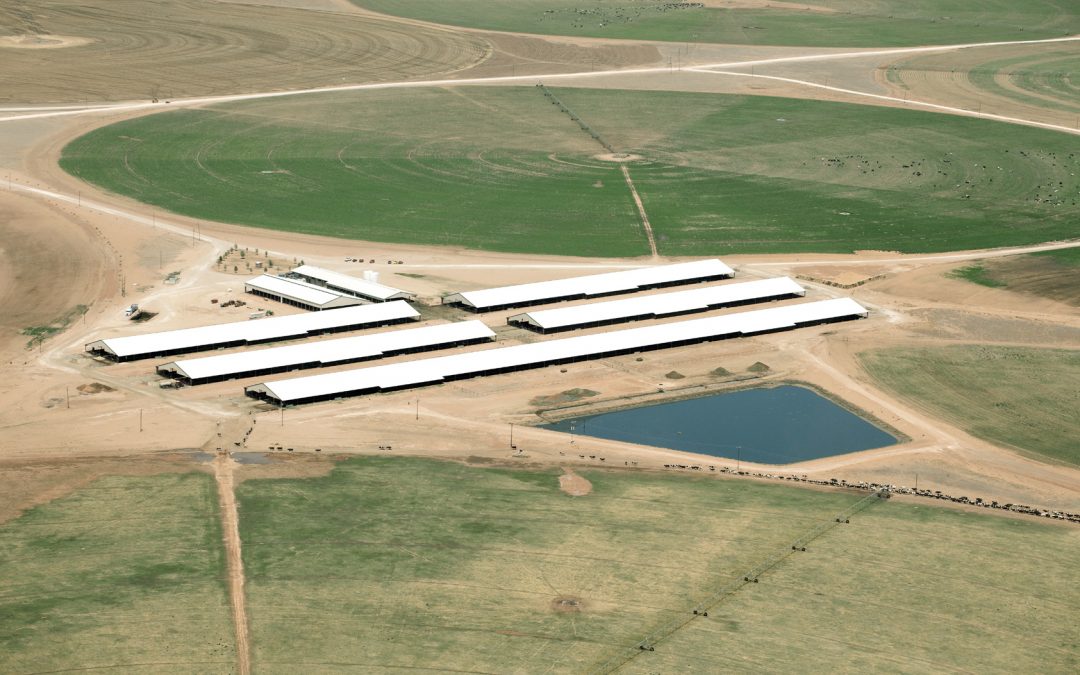 THE STORY: A QUICK OVERVIEW

WASHINGTON — Addressing what it calls the industrialization of the organic farming movement, OrganicEye announced the filing of a formal legal complaint against one of the country’s largest producers of certified organic milk, Natural Prairie. According to the organic industry watchdog, animal abuse and serious environmental degradation have been documented, demonstrating that Natural Prairie, with operations in Texas and a new facility under construction in Indiana, violated federal organic regulations.

In 2019, undercover video footage shot by the advocacy group, Animal Recovery Mission (ARM), implicated Natural Prairie, reportedly managing 25,000 head of cattle near Dalhart, Texas, with extreme “mistreatment and neglect” of animals in squalid conditions. A black eye for the industry, the episode prompted an investigation by USDA. 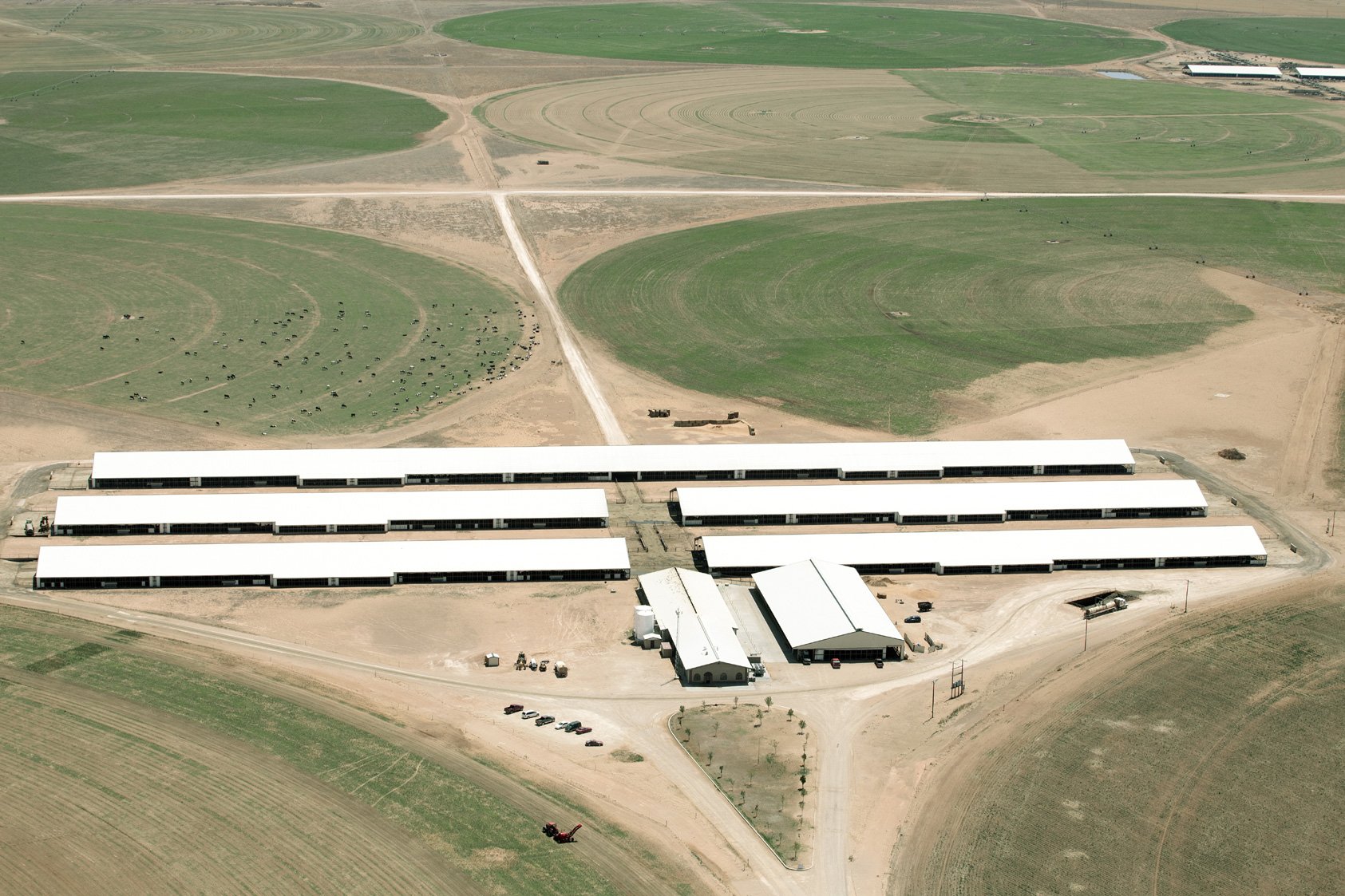 Natural Prairie is also facing a series of lawsuits filed by Indiana’s Hoosier Environmental Council, charging the factory dairy operator with illegally filling in ditches and wetlands during the construction of their 4350-cow facility in one of the state’s most fragile ecosystems, the Kankakee River basin.

“Consumers who are willing to pay a premium for organic dairy products assume they are supporting more humane animal husbandry standards and exemplary environmental stewardship as required by law, and that part of the extra cost goes to support family-scale farmers who share their values,” said Mark A. Kastel, Director of OrganicEye, the investigative arm of Beyond Pesticides, an almost 40-year-old Washington-based public interest group.

Kastel suggests that the protection of this “bad actor” exemplifies collusion between the industry’s powerful lobby group, the Organic Trade Association, and the USDA to change the working definition of organic agriculture—which is truly sustainable and regenerative—to conform with the model of high-production confinement livestock management that is the norm in conventional operations.

“We are filing a formal legal complaint asking that USDA re-open their investigation into animal welfare abuse at Natural Prairie and past allegations of cheating on the important grazing requirement for cattle,” said Kastel. 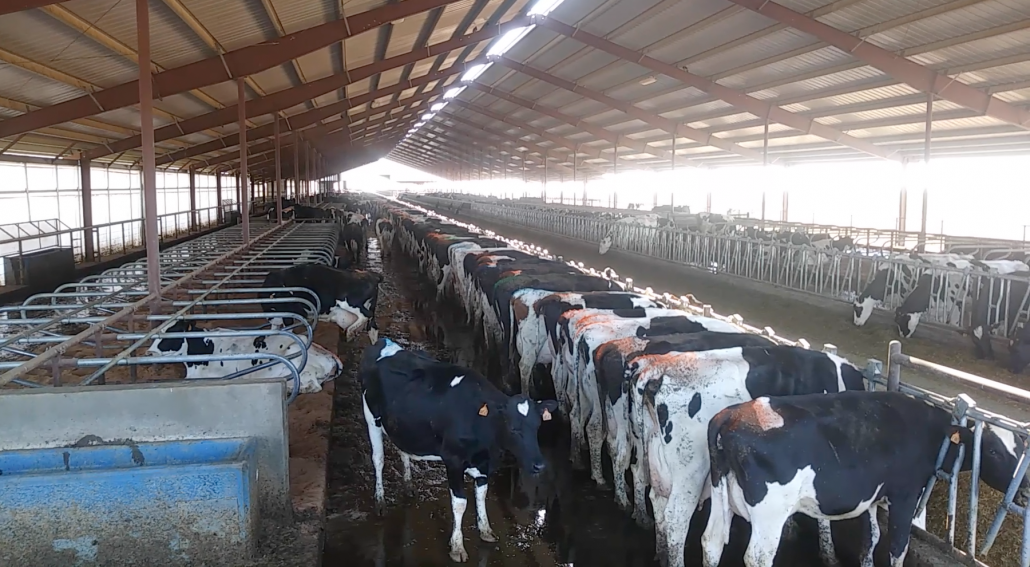 Based on documents OrganicEye obtained through the Freedom of Information Act (FOIA), it appears likely that no qualified investigators, with a background in organic livestock management, investigated violations documented in the ARM video. Instead, the National Organic Program (NOP) relied on staff from USDA’s Livestock and Poultry Program, personnel that almost exclusively work with conventional farmers and ranchers.

FOIA documents indicate the NOP also relied upon audits from Natural Prairie’s organic certifiers at the Texas Department of Agriculture (sanctioned by USDA for systemic malfeasance), in addition to two dairy industry groups with a purported history of greenwashing conventional factory dairy, Validus and the National Milk Producers Federation (both compensated by Natural Prairie and other operators of concentrated animal feeding operations—CAFOs).

“It takes someone who is intimately familiar with organic livestock production and regulations to recognize and ascertain the violations of organic standards.”

“It seems pretty egregious that, instead of depending on experts in organic animal husbandry and organic certification compliance, the NOP subcontracted the investigation of serious allegations, without even interviewing the initial witnesses,” said Kathie Arnold, Policy Chair of the Northeast Organic Dairy Producers Alliance, representing hundreds of family farms. “It takes someone who is intimately familiar with organic livestock production and regulations to recognize and ascertain the violations of organic standards.”

“This scandal reflects a historic pattern at USDA,” Kastel lamented. From the numerous investigations he has conducted over the past 16 years, including collaborative work with the Washington Post, and aerial photography and satellite imagery of questionable operations, and the latest undercover work by ARM, OrganicEye has concluded that federal investigators virtually never interview witnesses or weigh the initial evidence presented. Instead, they depend almost exclusively on what their often less-than-qualified staff observe themselves—after the alleged perpetrators have been tipped off and given ample opportunity to cover up violations.

“The fix is in and the victims of this fraud are ethical, hard-working organic farm families who follow both the spirit and letter of the law, and consumers who choose organic both for the superior safety, health, and nutrition it offers, and for its ancillary benefits to society, Kastel stated.

Meanwhile, as Natural Prairie ships semi-trailers of milk around the country, undercutting local farmers, the massive operation is also expanding with an additional industrial-scale facility in Newton County, Indiana.

According to staff attorney for the Hoosier Environmental Council, Kim Ferraro, “At every turn, Natural Prairie has greenwashed its operation in order to get government approvals.”

Ferraro reports that Natural Prairie’s applications to the Indiana Department of Environmental Management (IDEM) told a different story about the planned operation as compared to what the company told local zoning officials, the media, and the public about its plans.

In the local application and to the press, Natural Prairie stated the dairy would be certified organic and utilize a “revolutionary green technology” that would turn cow waste into clean water without the need for an environmentally-risky manure lagoon.

However, in its initial application to state regulators, Natural Prairie made no mention of being certified organic or dispersing manure through grazing; and the operation that was ultimately approved by IDEM is nothing more than an ordinary industrial concentrated animal feeding operation (CAFO) with a massive, nine-acre waste lagoon.

Also disturbing, Ferraro states, “There is overwhelming evidence that Natural Prairie filled federally regulated ditches and farmed wetlands, in violation of the federal Clean Water Act, without obtaining the required permit from the Army Corps of Engineers. Natural Prairie’s conduct is especially concerning given that it decided to build its polluting factory farm in one of the most ecologically sensitive and historically significant areas of Indiana.”

According to OrganicEye’s Kastel, environmental protection is a fundamental prerequisite to obtaining organic certification.

Subchapter §205.200 of the federal organic regulations clearly states, “Production practices implemented in accordance with this subpart must maintain or improve the natural resources of the operation, including soil and water quality.”

Natural Prairie’s Indiana operations are certified by Oregon Tilth Certified Organic (OTCO), a prominent member of the industry’s lobby group, the Organic Trade Association, and certifier of other factory dairies. OrganicEye also filed a formal legal complaint against Oregon Tilth for its inappropriate approval of an operation violating the environmental prescriptions in federal organic law.

When organic farmers asked USDA to regulate the organic label to create a level playing field, most did not envision the kind of “regulatory capture” that takes place at other federal agencies seriously eroding the working definition of organic agriculture.

“Since the National Organic Program has been corrupted during both Democratic and Republican administrations, we need to eliminate the institutional rot at the agency,” Kastel said. “Probably the only way to do that is by Congress stepping up to protect the American people’s food supply. As soon as senators and House members are sworn in this January, we will be in Washington seeking congressional hearings.”

Natural Prairie’s Texas operation has been under scrutiny for years. Kastel, one of the country’s preeminent organic policy experts with over 30 years of industry involvement, has long accused the operation of skirting the foundational requirement in federal law that all organic ruminants must have the opportunity to exhibit their natural instinctive behaviors by grazing on fresh pasture.

OrganicEye was joined in this effort in 2019 by the Western Organic Dairy Producers Alliance (WODPA), a trade group representing 285 organic farms west of the Mississippi. According to polling, the average organic dairy farm in the United States provides approximately 1 acre of pasture per animal. In contrast, WODPA’s research concluded that Natural Prairie had a stocking rate of 7.2 animals per acre. California dairyman and WODPA president Ward Burroughs stated, “Under the best of conditions it is nearly impossible to provide [the required] 30% dry matter intake at a stocking rate of three animals per acre in a desert location.”

Federal regulations require all cows to graze during the entire pasture season, allowing for “temporary” confinement for specified health and environmental events, but not less than 120 days on pasture. During that period of time ruminants must average at least 30% of their dry matter intake (DMI) from fresh pasture.

Oregon Tilth Certified Organic, one of the nation’s largest third-party organic certifiers accredited by the USDA, is no stranger to controversy. In addition to certifying Natural Prairie’s new Indiana operation, they have supported the country’s largest organic factory dairy corporation, Aurora, in helping to greenwash their multiple industrial dairies. Aurora has been the subject of many investigations, including one that culminated in USDA career civil servants finding the owners of the dairy had “willfully” violated 14 tenets of the organic law. (Political appointees at the agency would later overrule staff who had concluded these violators should be banned from organic commerce.)

Aurora is the nation’s largest producer and marketer of private label organic milk for retailers such as Walmart, Costco, and Target, as well as a number of the largest grocery chains. Natural Prairie is another organic private label milk supplier. Their customers reportedly include the H-E-B supermarket chain in Texas and their Central Market brand.

Aurora’s processing facilities and products are certified by Quality Assurance International (QAI). Its massive dairies are already certified by the Departments of Agriculture in Texas and Colorado (both of whom have been sanctioned by USDA for serious violations regarding livestock certification). In addition, Natural Prairie applied to OTCO to become “double certified”—an unprecedented construct.

“If the investment bankers who are the principal owners of Aurora want to assure the public that their livestock factories are on the up and up, all they need is just one reputable certifier instead of a combination of agribusiness-friendly organizations that are all too happy to collect their fees and look the other way,” stated Mark Kastel of OrganicEye.

OTCO, a major player in the Organic Trade Association, also certifies factory confinement organic egg operations and hydroponic (soilless) production facilities. “After Jirah Mills was banned in Québec from selling or exporting to the US, subsequent to being implicated in a scandal for allegedly laundering counterfeit organic grain, OTCO was more than happy to recertify them, thus facilitating their return to competition with honest American grain producers,” Kastel said.

OrganicEye has identified another connection between Aurora and USDA in Validus, a contractor paid by farming operations that is “dedicated to socially responsible practices in on-farm production.”

Validus, specializing in evaluating industrial agricultural operations, was part of the greenwashing campaign at Aurora before OTCO got involved. OrganicEye stated in their complaint, “It is disturbing that USDA would depend on Validus’ audits, along with those of the National Milk Producers Federation (an organization that lobbies on behalf of multimillion-dollar dairy processors that primarily depend on conventional, confinement production), in exonerating Natural Prairie from animal abuse charges.”

“Between USDA, the Organic Trade Association, Oregon Tilth, and other major certifiers, it is certainly one big happy family—and I do mean big,” Kastel said. “The losers are ethical, organic family farmers and dedicated consumers.