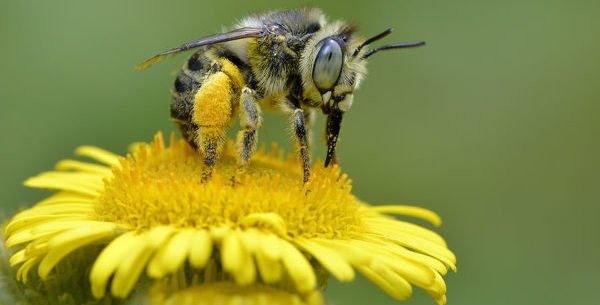 (from Beyond Pesticides, January 17, 2020) In Brussels, the European Commission (EC) has just decided not to renew approval of the neonicotinoid pesticide thiacloprid, citing both environmental and health concerns related to use of and exposure to the pesticide. The decision was approved by a majority of European Union (EU) governments last fall, after the EC had made the proposal to them. The EC based that proposal on findings of the European Food Safety Authority (EFSA) published in January 2019, which highlighted concerns about toxicity to humans and high concentrations in groundwater. European Commissioner for Health and Food Safety Stella Kyriakides commented, “There are environmental concerns related to the use of this pesticide, particularly its impact on groundwater, but also related to human health, in reproductive toxicity.”

The current EU use approval for thiacloprid products expires on April 30, 2020. The EC decision — functionally, a ban — means that farmers will need to turn to other means to deal with the primary thiacloprid targets in agriculture, aphids and whiteflies. Beyond Pesticides and many organic agricultural resources advocate for widespread adoption of organic, regenerative systems and practices. Such systems may include management features such as mechanical and biological controls, trap crops, natural barriers, least-toxic IPM (Integrated Pest Management), and practices such as avoiding monocultures, crop rotation, introducing beneficial predator insects, and a focus on building healthy, “living” soils.

Martin Dermine of PAN (Pesticide Action Network) Europe responded to the news of the EC decision: “Thiacloprid is ‘toxic to pollinators and humans: as such it must have no place in the production of our food.’” . . . It was in 2015 that the European Chemicals Agency classified thiacloprid as toxic to reproduction, which should have led to an immediate ban; yet, four years later, people and the environment are still exposed to this toxic substance. The case of thiacloprid is another example of the loose implementation of EU law to the benefit of the agrochemical industry.’ Mr. Dermine added that it will not be possible for the Commission to protect human health and biodiversity as long as such delays and improper implementation of the precautionary principle ‘continue to be structural features of the EU approval procedure.’”

EURACTIV reports that Bayer Crop Science (maker of thiacloprid) spokesperson Utz Klages has said that “although the company ‘continues to believe that thiacloprid-based crop protection products can be used safely when appropriate risk mitigation measures are applied,’ they ‘respect the decision of the EU Member States regarding the non-reapproval of thiacloprid.’” He also said that pesticides (which are referred to in the UK as “crop protection products) are an important tool for farmers, and that there are not enough alternative chemical solutions for “numerous crop and pest combinations.”

Bayer’s thiacloprid, sold under the brand names Calypso and Biscaya, is a member of the class of pesticides called neonicotinoids. These compounds are highly toxic insecticides that damage insects’ central nervous systems, causing death even at very low doses. Thiacloprid is one of the three most commonly used neonicotinoids (neonics), along with imidacloprid and thiamethoxam. In use since the 1990s, neonics are the most widely utilized class of pesticides worldwide. Primary agricultural uses include direct application to crops and nursery plants, and treatment of seeds with the compounds.

Human exposures often happen through groundwater contamination, which makes its way to drinking water sources. The authors of a 2019 study noted, “Because of their pervasiveness in source waters and persistence through treatment systems, neonicotinoids are likely present in other drinking water systems across the United States.” Health impacts of exposure to thiacloprid can include neurotoxicity, reproductive anomalies, hepatic and renal damage, and more recently identified, an increase in expression of a gene linked to hormone-dependent breast cancer. In that last instance, researchers discovered a pathway via which neonicotinoids stimulate excess estrogen production, which is a known event in the development of such cancers. Previous research in 2015 had identified a role for thiacloprid and thiamethoxam in heightened production of an enzyme (aromatase) that stimulates estrogen production and, thereby, hormone-dependent cancer cell proliferation.

In addition to the concerns about health, research has demonstrated negative impacts of thiacloprid on non-target species; it especially weakens immune systems and impairs reproduction of bee populations. Such impacts of the compound on bees and bumblebees have been well established. One vector of harmful impact of thiacloprid on honey bees is the synergy between it and two common pathogens to which honey bee populations have been vulnerable in recent years — the invasive microsporidian Nosema ceranae and the black queen cell virus — which interactions resulted in elevated levels of bee mortality.

Despite PAN Europe’s comment about delays and improper enactment of the Precautionary Principle, this recent action by the European Commission underscores the contrast between neonic regulation in Europe and that here in the U.S. Thiacloprid is the fourth of five neonicotinoids for which — although previously approved for EU use — restrictions or bans subsequently (since 2013) have been adopted. For example, based on a 2012 risk assessment by the EFSA, the EC severely restricted the use of three neonics (clothianidin, imidacloprid, and thiamethoxam) in pesticide applications on bee-attractive crops and in seed treatment; it continued to allow use in greenhouses, treatment of some crops after flowering, and use on winter grain crops.

The EC also required applicants for those neonics to provide additional, “confirmatory information” on the compounds for further evaluation. Following that evaluation, the EC concluded that the remaining outdoor uses of the neonics could not be considered safe, and in 2017, proposed bans of those three neonics. In 2018, all outdoor uses of the three substances were banned in the EU, and only greenhouse use continued to be permissible. In addition, France has instituted a strong neonic ban; Germany suspended use of neonics more than a decade ago; and Italy long ago banned neonic seed treatments.

In the U.S., the neonic regulatory history is not precautionary, and has been slower, and less protective. A sampling of relatively recent Beyond Pesticides reporting on regulatory action and inaction by the Environmental Protection Agency (EPA) includes:

Currently, the Trump administration is directing EPA to dismantle its own efficacy, kneecap enforcement, change how science is used at the agency, and rein in regulation broadly — all in service to the interests of the agro-chemical, fossil fuel, and industrial farming sectors. In the face this, advocacy organizations continue their work to publicize important research, health, and policy developments related to pesticide use, and to educate policy makers and the public. Beyond Pesticides asks that members of the public become engaged, speak out, contact their elected officials, organize in their local communities, and do all they can to shift the current trajectory at EPA to one that is genuinely protective of human and environmental health. Stay current on these issues by following Beyond Pesticides’ Daily News Blog and journal, Pesticides and You, and find organizational resources here.