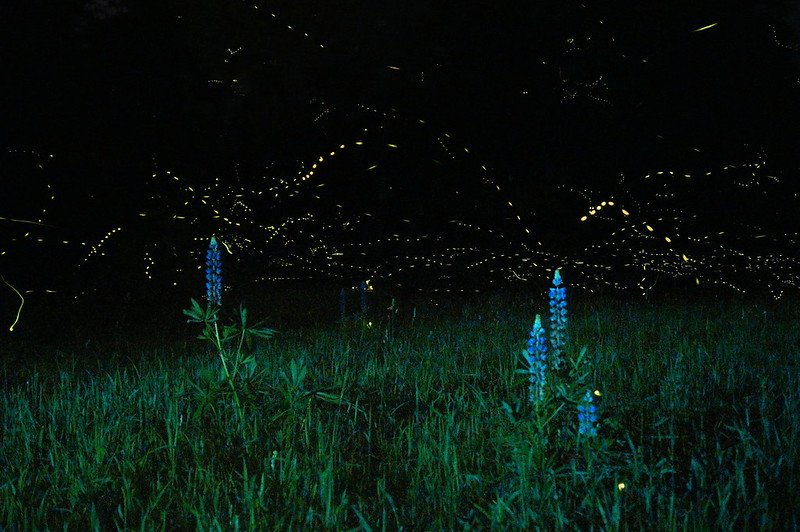 When we shift our diet to organic, besides for protecting our own health, and that of the overall planet, not to mention protecting the people who produce our food from occupational exposure to toxic chemicals, we are shielding the magical critters we share this planet with. They are already under stress and in danger.
MAK

(Beyond Pesticides, February 19, 2020) The ongoing insect apocalypse isn’t sparing the iconic firefly. In an article published this month, “A Global Perspective on Firefly Extinction Threats,” experts are sounding the alarm over declines in fireflies attributed to habitat loss, light pollution, and indiscriminate pesticide use. “Our goal is to make this knowledge available for land managers, policy makers and firefly fans everywhere,” said study co-author Sonny Wong, PhD, of the Malaysian Nature Society to USA Today. “We want to keep fireflies lighting up our nights for a long, long time.”

Although there is scant monitoring data on firefly populations, studies that have been conducted over the last decade, alongside anecdotal reports and expert opinion, have led to international concern. To assess conservation status and threats to firefly species, the International Union for the Conservation of Nature (IUCN) established a Firefly Specialist Group. The study, part of the specialist group’s investigation, surveyed firefly experts from around the world on what they viewed as the primary threats to firefly populations.

Night-time light pollution, including direct, localized light pollution as well as “sky glow” from various sources, has been inversely associated with firefly abundance. Fireflies use their lights as part of a courtship dance, and studies find that artificial light at night can interfere with a firefly’s ability to find mates and reproduce.

Habitat loss is presents a range of problems for fireflies. Many species prefer specific habitat types, and loss or fragmentation of these landscapes can lead to localized declines. Experts identified urbanization, industrialization, and industrial agricultural as the drivers of habitat loss, with each region of the world experiencing different effects at various intensities.

Pesticide use is particularly pernicious in the context of firefly ecology. While direct contact with pesticide sprays is a concern, exposure in soil and water represent greater hazards. This is because many firefly species lay their eggs in soil, and many spend the first years of their life in aquatic habitats like mangroves and other riparian vegetation (vegetation along the banks of waterways). Pesticides, like the neonicotinoid class of insecticides also implicated in pollinator declines, are known to drift once applied, and persist in soil and waterways.

A majority of corn and soybean seeds are coated in toxic insecticides, and researchers point to a study published last year in Pest Management Science, which found that use of pesticide-treated corn seeds resulted in a 70.4% reduction in firefly abundance compared to control plots that did not use treated seeds. Lastly, because fireflies live most of their lives in their larval stage, feeding on snails and earthworms, pesticides can also indirectly kill-off firefly prey, which ripples up and down the food chain, ultimately reducing firefly populations.

In addition to identifying drivers of firefly declines, researchers also proposed solutions. They encourage the preservation of suitable firefly habitat, control of light pollution, and reduction in pesticide use. These changes may sound difficult at first, but there are efforts underway to address them. The International Dark Sky Association is working to protect night skies for present and future generations. Conservation groups around the country are working to preserve wildlife habitat, and reconnect insect pollinators and other wildlife through safety corridors. The growth of organic agriculture provides a roadmap for a farming future that rejects the industrial model and its rampant pesticide use in favor of a systems approach that enhances insect soil life and promotes biodiversity.

The insect apocalypse is real – pollinators are declining, the bottom is falling out of the foundation of our food chains as mayflies decline, and the night sky may yet lose the soft flicker of fireflies. While efforts to address declines are encouraging, they must be supported by an active and engaged public willing to pressure elected leaders at every level of government to enact these solutions. One first step we can take to protect pollinators, fireflies, and stave off the insect apocalypse is to pass the Saving America’s Pollinators Act. Take action today by sending a letter to your Congressional Representative, and following up with a phone call to their office.