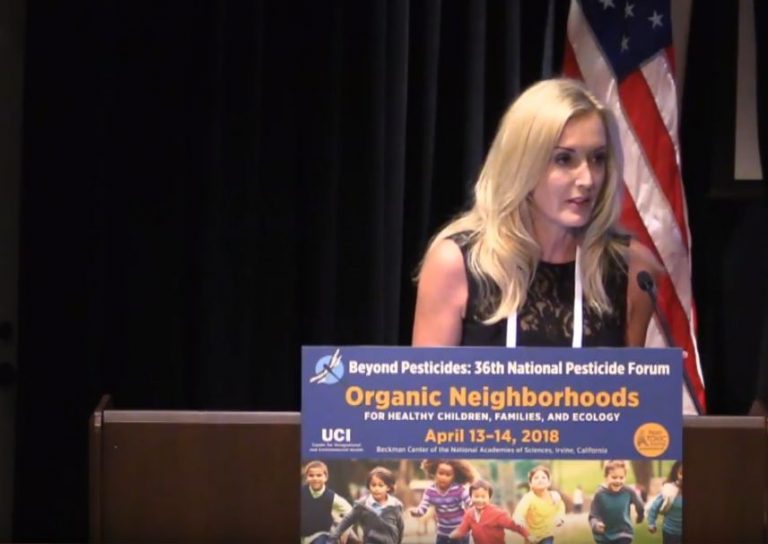 As reported by The Guardian, there were numerous, alarming findings in the documents released via the Freedom of Information Act (FOIA). For instance, a spreadsheet titled, “Project Spruce: Carey Gillam Book” detailed a range of strategic responses in the lead-up to the release of Carey Gillam’s Whitewash: The Story of a Weed Killer, Cancer, and the Corruption of Science. This included paying Google to promote an existing blog post when users searched, “Monsanto Glyphosate Carey Gillam.” Additionally, the group wrote up “talking points” for third parties to critique the book and post negative reviews. Ms. Gillam noted in an op-ed, “Shortly after the book’s publication, dozens of “reviewers” suddenly posted one-star reviews sharing suspiciously similar themes and language. The efforts were not very successful as Amazon removed many reviews it deemed fake or improper.”

Internal emails exposed that Monsanto representatives would call editors of Ms. Gillam’s then-employer, Reuters, to complain and mount pressure on the institution regarding her reporting on their products and the lawsuits against them. Monsanto media relations executive Sam Murphy wrote in an email, “We continue to push back on her editors very strongly every chance we get, and we all hope for the day she gets reassigned.”

Ms.Gillam was not the only personality in the Monsanto spotlight – “Fusion Center” employees carefully observed and reported on singer Neil Young who produced a rebellious, environmentally-focused album called “The Monsanto Years.” The group monitored his social media accounts and considered legal action in retaliation.

U.S. Right to Know (USRTK), a non-profit investigative research group focused on the food industry, was threatening enough to Monsanto that it merited weekly reports. Monsanto was particularly concerned about the release of information regarding financial relationships with scientists that could be used as evidence that the industry was “covering up unflattering research.”

USRTK detailed the use of third-party sources Monsanto used to counteract the agency, noting:

The law group Baum Hedland published more new documents for the public to review on August 15, 2019. According to the attorneys, “These documents reveal Monsanto’s efforts to defund IARC, their involvement with Reuter’s reporter Kate Kelland, the creation of their ‘Intelligence Fusion Center’ targeting journalists and activists critical of Monsanto, and more about their manipulating science.”

Ms. Gillam, now research director for USRTK, wrote in response to the industry attacks, “Truth and transparency are precious commodities, the foundations for the knowledge we all need and deserve about the world we live in. Without truth we cannot know what risks we face, what protections we must make for our families and our futures. When corporate power is so intensely brought to silence messengers, to manipulate the public record and public opinion, truth becomes stifled. And we should all be afraid.”