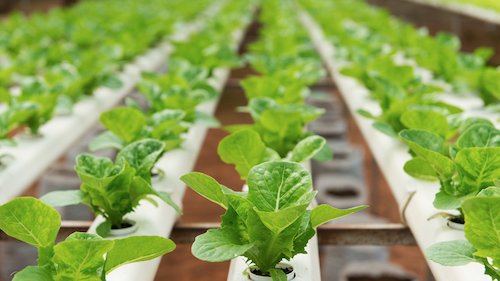 The lawsuit was filed in U.S. District Court for the Northern District of California (Case #: 3:20-cv-1537) and also includes the consumer watchdog, the Center for Food Safety (CFS), as a plaintiff.

The CFS had filed a legal petition in January 2019 formally asking the USDA to prohibit hydroponic operations from the USDA’s green-and-white organic label on the basis that the operations do not fulfill the national organic standard of contributing to soil health, but USDA denied the petition.

The lawsuit alleges that the USDA violated the federal Administrative Procedure Act (APA) and the Organic Foods Production Act (OFPA), in denying a legal rulemaking petition requesting the agency prohibit organic certification of hydroponic operations, which are production systems that grow food and crops without any soil.

“The federal organic law unequivocally requires organic production to promote soil fertility,” said Sylvia Wu, CFS senior attorney and counsel for plaintiffs. “USDA’s decision to allow mega-hydroponic operations that do nothing with soil to be sold as ‘Organic’ violates the law.”

Hydroponic operations, or “hydroponics,” describes methods of growing crops using water-based nutrient solutions without any soil. The plaintiffs say that OFPA requires farms to build soil fertility in order to be certified organic. Hydroponics cannot comply with federal organic standards because hydroponic crops are not grown in soil.

The plaintiffs argue that hydroponic operations violate organic standards for failing to build heathy soils, and are asking the court to stop USDA from allowing hydroponically-produced crops to be sold with the USDA’s organic label.

“The USDA’s claim that hydroponics can be certified as organic is disingenuous and false,” said Sam Welsch, president of plaintiff organic certifier OneCert. “Until the USDA started telling certifiers that they could ignore the parts of the law and rules that required fertility to come from organic matter in soil, no one was certifying hydroponic systems as organic.”