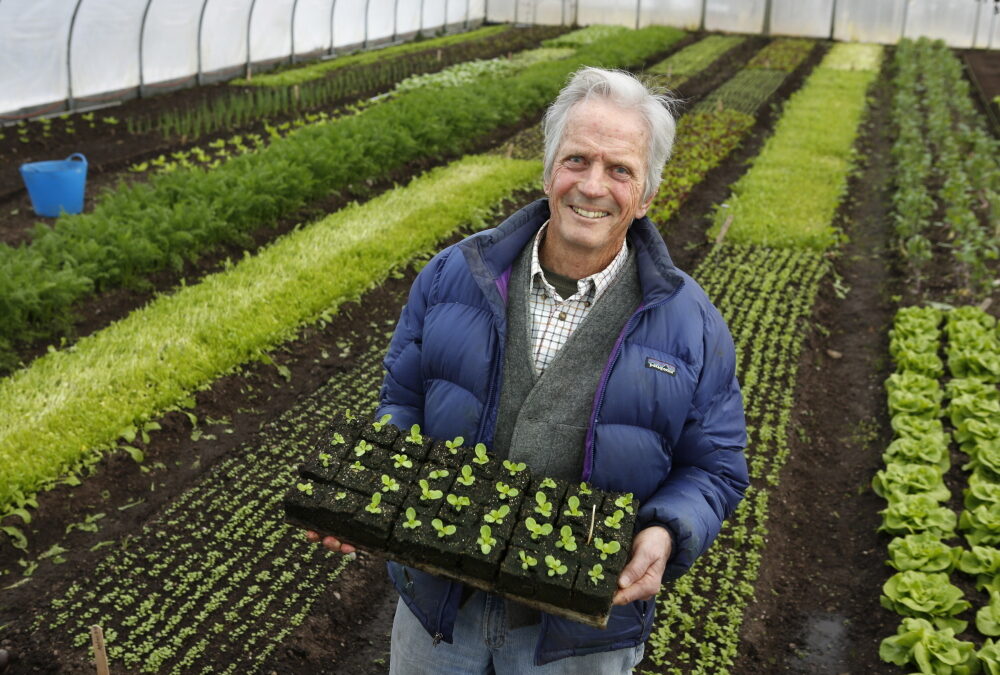 The interest in using soil-less hydroponic systems to grow food is an example of what Teddy Goldsmith decried in his book The Way (1992) as “the methodical substitution of the technosphere or surrogate world for the ecosphere or real world.”

Goldsmith goes on to say, “To question the efficacy of this substitution, or to suggest that it might not be entirely beneficial, is to blaspheme against the holy writ of what is in effect the religion of the modern world. The inestimable benefits provided by the normal functioning of the ecosphere – such as a favorable and stable climate, fertile soil and fresh water, without which life on this planet would not be possible – are totally ignored and assigned no value of any kind.”

In A Sand County Almanac (1949) Aldo Leopold gave a parallel opinion some 40 years earlier: “Your true modern is separated from the land… He has no vital relation to it… If crops could be raised by hydroponics instead of farming, it would suit him very well. Synthetic substitutes for wood, leather, wool, and other natural land products suit him better than the originals. In short, land is something he has “outgrown.”

It would seem that only a distorted religious belief in the sanctity of man-made technology could possibly explain the defense of soil-less hydroponic culture as making any sense at all as a substitute for true soil culture. Add in the use of LED lighting as a replacement for natural sunlight and the resulting vegetables are even more spurious. Scientific studies and the experience of centuries of food production confirm that a biologically active fertile soil is the obvious choice for producing highly nutritious and pest resistant crops.

Humans may be smart and inventive, but they are rarely wise enough to understand the complexities of natural systems. It is logically difficult for Goldsmith’s “technosphere” believers and Leopold’s “true moderns” to comprehend the importance of something as disconnected from them as “life in the soil”, being the basis for life in their food.

The most popularly embraced benefit of organic farming is the prohibition of chemical pesticides. We need to help the public understand that the plant resistance to pests, which allows real organic farmers to avoid needing chemical pesticides, is an outcome of growing on a balanced, biologically active fertile soil that, as scientific studies have consistently shown, induces pest and disease resistance in the crops in addition to enhancing their nutritional value.

Three cheers for the ecosphere!