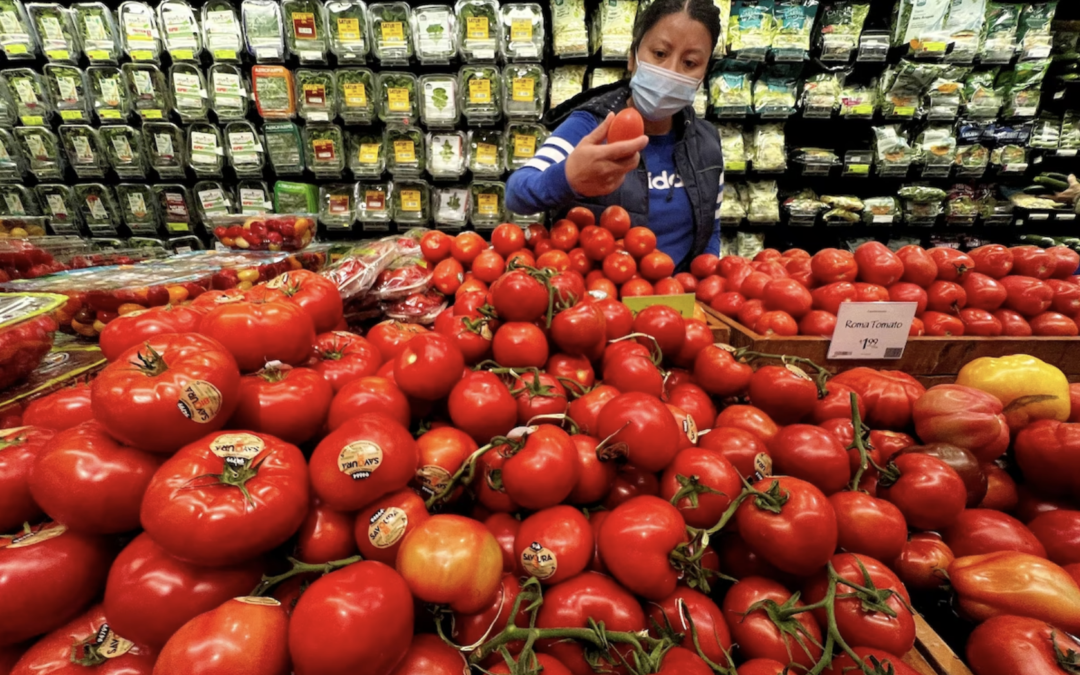 The motto of the Washington Post is, “Democracy Dies in Darkness.”

Unlike all the trade media coverage I have seen to date—which included nothing but cheerleading by other NGOs and the lobbyists at the Organic Trade Association (OTA)—this well-crafted article by the Food Business reporter at the Post includes something that should be a requisite requirement in journalism: balance!

We’ve seen this pattern time and time again. Fraud and scandals are uncovered in the organic industry, the OTA immediately calls to form a “task force” amongst their corporate members, and then the USDA’s National Organic Program claims they don’t have the authority to provide the oversight and enforcement that Congress has already charged them with.

It can then take up to a decade to get the new rules adopted and, as with this new regulation, at least another year to phase the new rules in. And even after all that, as shown in the case of the factory “organic” dairies, often very little substantive enforcement subsequently takes place. Let’s hope this is different—but as they say, “We’ll believe it when we see it!”

USDA moves to crack down on ‘organic’ fraud

The agency will boost its oversight of organic products in one of the biggest-ever changes to the National Organic Program.

The Agriculture Department announced new guidelines for products labeled “organic,” a term that has been increasingly abused as shoppers have sought healthier, environmentally friendly food.

The USDA has a strict definition of “certified organic,” allowing the label to be used only for products that meet certain standards for soil quality, animal-raising practices, pest and weed control, and use of additives. The updates issued by the agency Thursday aim to close loopholes that allowed ingredients that don’t meet the criteria to infiltrate the supply chain.

Tom Chapman, chief executive of the Organic Trade Association, said the updates represent “the single largest revision to the organic standards since they were published in 1990.” They should go a long way toward boosting confidence in the “organic” label, Chapman said, noting that the move “raises the bar to prevent bad actors at any point in the supply chain.”

Chapman’s business association, which represents nearly 10,000 growers in the United States, has been pushing for stricter guidelines for years, motivated in part by a series of stories in The Washington Post in 2017 revealing that fraudulent “organic” foods were a widespread problem in the food industry.

Yet problems with organic fraud have persisted. This month, the Justice Department announced indictments of individuals alleged to have masterminded a multimillion-dollar scheme to export nonorganic soybeans from Eastern Europe to be sold into the United States as certified organic. They were able to charge 50 percent more for “organic” grain than conventional, the department said.

And this week, two Minnesota farmers were charged in connection with an alleged plan to sell more than $46 million in chemically treated crops as organic between 2014 and 2021.

“When rule-breakers cheat the system, it sows seeds of doubt about the organic label’s integrity and jeopardizes the future of the industry as a whole,” Rep. Chellie Pingree (D-Maine) said in a statement. “As a longtime organic farmer, I know how expensive and time-consuming it is to adhere to the required standards to earn a USDA certified organic label.”

Government standards require that products bearing the organic label are produced without the use of toxic and persistent pesticides and synthetic nitrogen fertilizers, antibiotics, synthetic hormones, genetic engineering or other excluded practices, sewage sludge or irradiation.It’s a high bar that even many farms that use more natural practices don’t meet.

Sales of organic foods in the United States have more than doubled in the past 10 years, jumping by a record 12.4 percent in 2020 to $61.9 billion as consumers became more concerned about eating healthy foods, according to the Organic Trade Association. Experts predict the category will continue to grow. Though some consumers view “organic” as a synonym for “healthy,” the science on whether organic food is healthier is mixed, with many studies showing only a small increase in some nutrients.

The supply chain has long bedeviled organic food producers, particularly as the industry has grown and large manufacturers source their ingredients from overseas, where it’s harder to check if they are meeting standards. U.S. organic farmers complain that allowing companies to market these products as “organic” creates an unlevel playing field and undermines trust in the label.

Key updates to the rules include requiring certification of more of the businesses, such as brokers and traders, at critical links in organic supply chains. It also requires organic certificates for all organic imports and increases inspections and reporting requirements of certified operations.

“Protecting and growing the organic sector and the trusted USDA organic seal is a key part of the USDA Food Systems Transformation initiative,” Jenny Lester Moffitt, undersecretary for marketing and regulatory programs, said in a statement. She added that “this success is another demonstration that USDA fully stands behind the organic brand.”

The organic food industry is booming, and that may be bad for consumers

Some food industry organizations say they aren’t yet sure how onerous the new rule will be for members. Others already say the new rule doesn’t go far enough to root out fraud.

“I’m quite concerned that everyone is going to declare victory and go home,” said Mark Kastel, founder of OrganicEye, an advocacy group.

Kastel said that the agency “dragged its feet” on organics, taking 12 years to put forward regulations after Congress passed the Organic Foods Production Act in 1990. And he points to a long-simmering debate about whether large-scale dairies in the West sufficiently adhere to standards of how organically raised animals should be treated. These dairies now produce the majority of milk labeled as organic.

Violations of the standards, which include giving the cows time to graze outdoors, amount to “a betrayal to the values that justifies consumers paying a premium price for organic dairy products,” Kastel said.

The new rules go into effect in March, and affected companies will have one year to comply with changes.