Will Our Small Farms Survive the Pandemic? 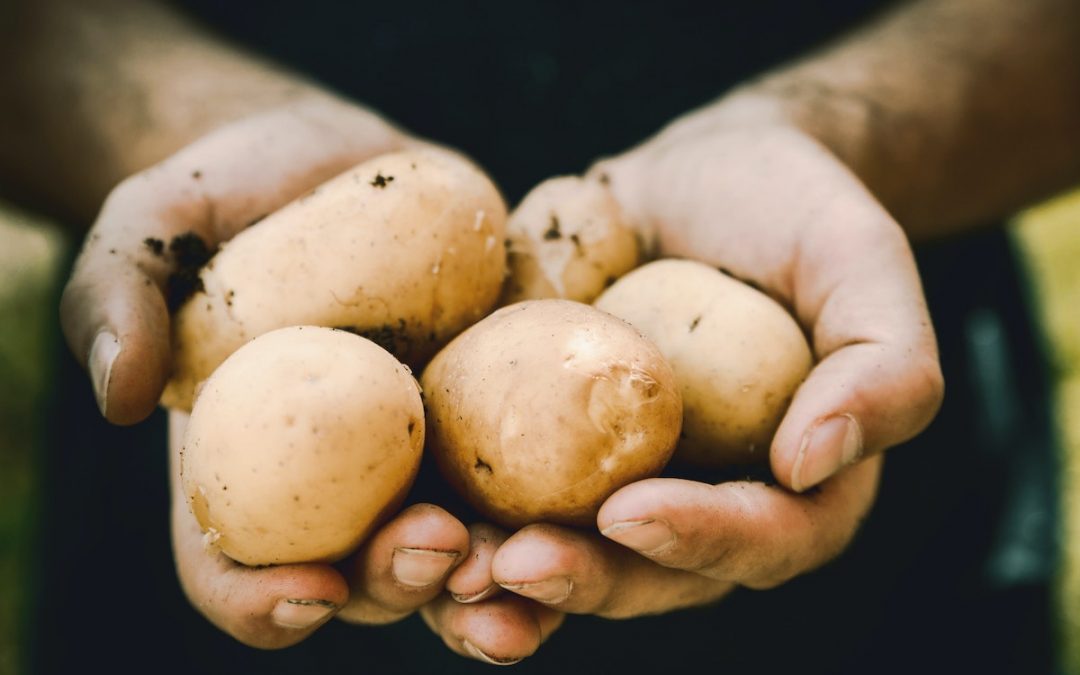 “We don’t know where and how the coronavirus pandemic ends. We need to support [the nation’s premier] farmers that we depend on for better food. Otherwise, that better food will not be here when we come out the other side.”

It’s always nice to be asked to add my voice to a news story and discussion on an important issue. The impact of the pandemic on local organic farmers doing direct marketing has varied widely. Producers who depended on restaurants as their primary outlets faced a sudden shock. Growers selling at farmers markets that instantly closed were also left with unsold produce. Some have turned to starting or expanding CSAs. Many markets have opened, but the lasting impact of this fallout is yet to be determined. Some families who have never felt food-insecure before are recognizing the intrinsic relationship between food quality, nutrition, and risk from Covid-19 and are placing a higher value in what their local foodshed is producing.

The pandemic has changed our lives for good, and that includes our food system. Despite the locavore movement democratizing local, sustainable food more than ever before, experts say that the pandemic may well decimate America’s small farms.

“People were turning away from processed food and companies were in retreat, their numbers shockingly reduced,” he says.

But that is quickly changing. In a survey of 500 small farmers, Barber found that despite resorting to retail sales and farm boxes, which bring in more revenue than restaurant clients, about a third were in danger of going out of business. Somewhat ironically, this issue is due to a surplus of produce in the summer months that will likely lead to farmers being unable to keep up with increasing volume.

“Weeks ago I would have said that the short food chain was iron-clad, a farmer selling to you at the farmers’ market, clean and direct,” says Barber. “But Covid has exposed its weakness. You can’t shake the hand of a farmer anymore because you’ll get a virus.”

Rob Mendoza is the Mexican-American chef of Paris’ Le Saint-Sébastien restaurant. Formerly of The Willows Inn on Lummi Island, he has seen first-hand how COVID – and our food systems – have been handled differently in both countries.

“The farmers in the U.S. are definitely going to be more affected,” he says. “At the end, it’s just a long string of events, like a huge domino effect. Whoever is the last domino, is going to be affected the most, and I think that you can see that in the U.S.”

In France, where restaurants can begin to reopen – and farmers and restaurateurs alike received government assistance – the fallout was less dire. But in the U.S., many areas are still keeping restaurants resolutely closed. And if small farms shutter as a result, the American consumer may have no other choice but to continue supporting Big Food.

With his Kitchen Farming Project initiative, Barber hopes to highlight the difficulties of small farms that have lost their restaurant customers in the U.S.. Cooks – particularly out-of-work cooks – who join the movement accept the challenge to set up 12 by 15 foot gardens to feed themselves and their restaurants, demonstrating the importance of biodiversity on small pieces of land.

“It’s symbolic to start a conversation about what’s being lost,” he says. “Chefs have been part of this exciting social movement called farm-to-table, and now this is a real inflection point.”

This highly symbolic gesture is by no means a large-scale solution. Barber notes that it’s essential that we make more systemic changes: a new definition of food processing, a new generation of people willing to harvest, to butcher. We must embrace what Barber sees as “magnificent inefficiency” in our new food system, writes Stabiner, if we hope to see a shift away from industrial agriculture – or risk the pandemic sending us moving backwards along our trajectory away from it.

“I’ve experienced first-hand the effects of industrialized farming,” says Mendoza. “When my parents moved from Mexico to California, that’s basically what they were doing: they were working for these big corporations who really don’t care. They just want to mass-produce something to get the maximum profit available. Recently I was talking to some of my uncles and cousins that still work in these places, and one after another, they just got laid off without any warning, nothing.”

Now, more than ever, it’s important to support small farms whenever we can.

“The way that we choose who survives right now, is who we give our money to, who we buy our products from, who we support,” says Mendoza. “I’ve been going to the farmer’s markets, now that they’re back open, and ordering directly from our farmer, and staying in contact with my fishermen, and doing everything I can to make sure that they are all OK, now so that we can sort of start to get this ball rolling to… I don’t want to say get back to normal, but start to come back from the shit storm.”

Luckily, this fundamental shift is already beginning to take place in the United States. Cory Booker and Elizabeth Warren recently introduced a bill that would ban most factory farming by 2040, and many consumers are transitioning to more ethical meat – or no meat at all – following information linking factory farming practices to pandemics. After all, the industrial meat complex has been at the root of the spread of other deadly viruses including 2009’s H1N1 swine flu and 2006’s H5N1 bird flu. Add to this issues linked to antibiotic resistance, like highly drug-resistant pathogens found on hog farms in South Carolina in 2018, and you’re asking for trouble.

According to experts, this is no surprise.

“When we overcrowd animals by the thousands, in cramped football-field-size sheds, to lie beak to beak or snout to snout, and there’s stress crippling their immune systems, and there’s ammonia from the decomposing waste burning their lungs, and there’s a lack of fresh air and sunlight — put all these factors together and you have a perfect-storm environment for the emergence and spread of disease,“ Michael Greger, the author of “Bird Flu: A Virus of Our Own Hatching,” tells Vox. “If you actually want to create global pandemics, then build factory farms.”

Moving away from factory farming will certainly drive up the cost of meat, but luckily, plant-based alternatives are more available than ever before. The popularity of plant-based was already on the rise pre-pandemic. According to Steve Hughes, founder of Sunrise Strategic Partners, which invests in big and small food brands, many plant-based companies got “a lot of trial” from consumers under lockdown when large packing plants shut down.

“Distrust of government, distrust of big packing slaughterhouses… that’s always been out there, for some people,” says Hughes. And he’s skeptical that the business the “large cats” received during COVID will last.

“There’s a lot of talk about how Campbell’s Soup is back, and General Mills is back, and cereal’s back. Well, that’s because it’s what’s on the shelf,” he says. “The reality is that people were so desperate to load their pantries that they bought whatever was there. I think that in some cases, those products are going to remind people why they don’t like them in the first place.”

Subsistence living also experienced a massive uptick during the pandemic. Mark Kastel, founder of OrganicEye, notes that “the demand for garden seeds has grown exponentially,” and the popularity of home baking and home fermentation cannot be denied.

“More and more people are deciding they can produce their own food,” says Kastel.

Will these changes last? For Kastel, the answer is “a firm maybe.”

In times of hardship, he notes, people don’t prioritize quality food; they prioritize food, full-stop. According to this organic pioneer, ever since organic was commercialized in the 80s, the only year where sales were flat or marginally down was in 2009, right in the beginning of the last recession.

“The magnitude of this problem can’t be over-emphasized,” he says. But the mission to save quality food is vital, especially in America.

“The way we eat has a fundamental impact on our health,” says Kastel. “We have the cheapest food in the world, bar none, and the most expensive healthcare by multiples in the United States.”

The solution, for Kastel, is to prioritize support of these small, local, organic farmers whenever we can.

“We don’t know where and how the coronavirus pandemic ends,” he cautions. “We need to support these farmers that we depend on for better food. Otherwise, that better food will not be here when we come out the other side.”