A ONE-MAN WRECKING CREW IN THE ORGANIC DAIRY: A Lifetime of Service to the Planet and Its People — Mark Retzloff 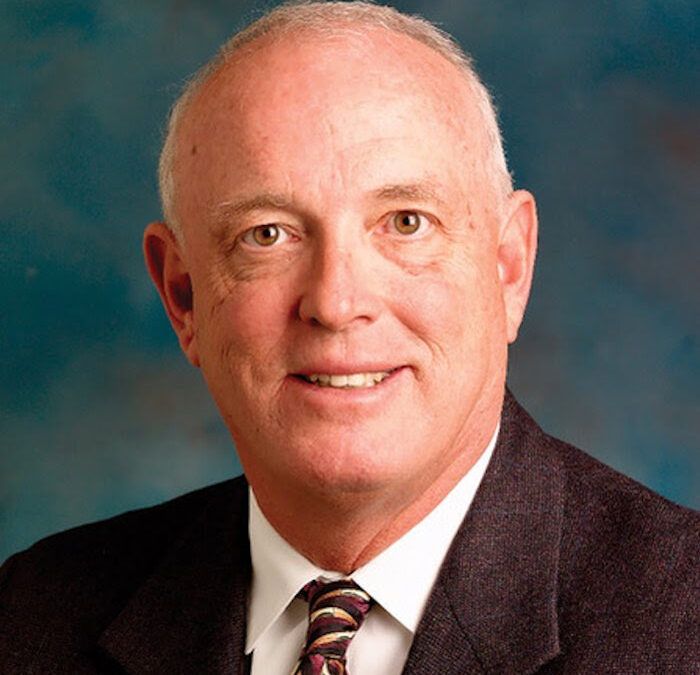 Part of our job at OrganicEye is acting, as our board Secretary-Treasurer, Will Fantle, likes to say, as an “organic truth squad.” We report to industry stakeholders, farmers, ethical businesspeople, and the sophisticated eaters who are their customers. It is imperative, in a democratic system, that we are equipped to separate truth from corporate propaganda.
MAK

If there is one person responsible for inventing and successfully scaling-up the use of “organic” factory dairies in meeting the demand of consumers for safer and more nutritious milk, it’s Mark Retzloff, who helped form Horizon Organic Dairy before selling-out to Dean Foods, at the time the largest conventional dairy marketer in the US. He and his partners then used the proceeds to form Aurora Dairy, owning a number of certified organic CAFOs in the Southwest managing as many as 22,000 cows.

His success in building Aurora as the leading integrated organic dairy supplier usurped the potential for thousands of family-scale farmers in this country to convert to organics over the past couple of decades. Many of them went out of the dairy business altogether, some lost farms and homes, and there has been a rash of suicides in the dairy community as a result.

My response to Compass Natural Marketing’s lauding of this preeminent corperado appears below. The invitation to the Compass podcast showcasing Mr. Retzloff’s accomplishments follows…

There are [effectively] two organic labels. Mr. Retzloff’s lauded career is probably the best embodiment of one of the two labels. [The original label represents superior environmental stewardship, humane animal husbandry, and economic-justice for family scale farmers. Mr. Retzloff, and his fellow corporate investors, represents the other.]

Before he formed Horizon, I had done the first market research, and coordinated the corporate identity work, that culminated in the launch of Organic Valley. Even though, at the time (in the late 80s), I was billing clients $50 an hour, I worked for OV for five dollars an hour, just like the ladies cutting cheese and the dairy pool coordinator, George Siemon, who would go on to be CEO.

[As the organic sector began commercializing in the 1980s,] The vision was to form a more just food system, with fair remuneration for farmers baked right in, along with environmental stewardship and superior food for the citizenry.

Thanks to the success of Mr. Retzloff, the majority of all “organic” milk in this country is produced on CAFOs managing as many as 22,000 head of cattle. The milk produced, when tested by the Milkweed or the Washington Post, has proven to be similar to conventional in terms of nutritional components and far inferior to authentic organic milk. In the meantime, and this is not hyperbole, tens of thousands of conventional family-scale farmers have gone out of business, and some of them committed suicide. Many of them could have been saved by converting to organic, but there is no market, zero, right now for family farm milk. No chance to convert for those of us, and I’m going to include you here, that believe converting farms and farmland to organic benefits society.

In fact, when Mr. Retzloff and his partners launched Horizon in the early 1990s, they purchased all of their milk from the CROPP Cooperative (Organic Valley). As soon as they successfully finished their demonstration project (nationally distributing yogurt), they dropped the family-scale farmers at CROPP like hot potatoes and used their newfound venture capital to convert one of the CAFOs, owned by a Horizon partner—the nation’s largest conventional dairy producer at the time—to “organic” production (lactating cows in 100% confinement).

I can go on and on. As an example, Rudi’s, by taking an industrial-scale bakery, throwing in some organic wheat, and shipping the frozen bread nationwide (just like the Aurora milk is widely shipped, undercutting legitimate organic farmers from Portland, Maine to Portland, Oregon) forced the wholesale exit of local and regional organic, artisanal bakers. Again, in terms of human health, if you compare the ingredients and the glycemic index of the bread they offer, it’s similar to conventional.

Want specific examples of farmers or ethical businesses going out [of business] due to Retzloff’s “success?” Just ask.

Here’s the deal: [A]lthough unlike many of your other guests, including Mr. Retzloff, I run a small nonprofit and can’t afford to have a business relationship with your firm, I’m going to request equal time on an upcoming podcast with the same level of promotion. I don’t need to go after Retzloff directly, but I do need to talk about how the industrialization of organics, based on factory scale farming and wholesale imports, has left the amount of land managed organically in this country stagnant and has squeezed out family farmers from part of the success story.

There are great stories of large multimillion dollar companies that have been successful in organics by respecting the foundational precepts of the movement. But the ones associated with Mark Retzloff have, generally, done more harm than good. And that didn’t have to be the case. But I’m sure his reputation and bank account wouldn’t be as impressive if he didn’t use the model of practicing “organic by substitution.”

Please let me know within 24 hours if my proposal is amenable to you. Otherwise, I will have to seek balance elsewhere.

A Lifetime of Service to the Planet and Its People — Mark Retzloff Joins Compass Coffee Talk, June 15, 2022, 11:30am EST

Compass Coffee Talk™, now in its 25th episode, continues exploring the industry landscape of natural, organic and sustainable products with guest Mark Retzloff. With a wide ranging impact throughout the natural products industry in his five decades of service, Mark continues to push the envelope in the role that food, agriculture and climate change play in our society and environment.

As Co-Founder of Alfalfa’s Market, Mark Retzloff was influential in the inception of natural foods retail in the United States, and helped set the standard for the modern day full service retail environment we know today. From there, Retzloff became Co-Founder of Horizon Organic Dairy, and was instrumental in leading one of the first organic milk brands to nationwide success and becoming a household name. Mark is also a Co-Founder of Greenmont Capital Partners and former Chairman of Organic Food Alliance where he was instrumental in Washington D.C., leading passage of the Organic Food Production Act in 1990. Today, Mark is CEO of Climate Foods, furthering his mission to promote soil health, make delicious regenerative organic food products and absorb tons of carbon out of the atmosphere to minimize the impacts of climate change.

About Mark Retzloff
Mr. Retzloff is a pioneer in the natural organic and sustainable food and agriculture industry with a 51-year career starting and managing a number of successful companies. He is co-founder and former chairman and CEO of Alfalfa’s Markets and also co-founded Aurora Organic Dairy in 2003. He was the University of Michigan’s School for the Environment and Sustainability, (SEAS), Practitioner in Residence for 2014/2015 and 2015/2016, and serves on the Colorado State University School of Agriculture Dean’s Advisory Board. He is past Chairman of the Board of Natural Habitats Group, a Rotterdam, NL and Boulder-based, fully integrated leader in worldwide organic sustainable palm oil production, processing, and distribution. Mark currently mentors, counsels, consults and advises numerous leaders and companies in the Natural, Organic, Local and Sustainable food and agriculture sector. In 2019, Mark co-founded Flock LLC which is a dynamic movement aimed at fast-tracking regenerative agriculture for the preservation of the planet and people.
In 1990, Mr. Retzloff was chairman of the Organic Food Alliance which was instrumental in passing the federal 1990 Organic Food Production Act in Washington D.C, and went on to become the co-founder of Broomfield, CO.-based, Horizon Organic Dairy. He then became Chairman of Rudi’s Organic Bakery, a leading Colorado-based national organic brand, where he helped execute a successful turn-around. He lends his knowledge as a board member and advisor to emerging companies, which have included Blue Horizon Organic Seafood, BlueSun BioDiesel, Boulder Ice Cream, Crocs Footwear, Evol Burritos, Goddess Garden, Haystack Mtn. Goat Cheese, Sambazon Acai, Traditional Medicinals, Tempt Hemp Milk, and Uncle Matt’s Organic Juice. Mr. Retzloff is a founding partner at Greenmont Capital Partners, and founder and former Chairman of The Organic Center and he is a past 11-year board member of RSF Social Finance.