Advocates Clash with Industry over Carcinogen in Organic Food 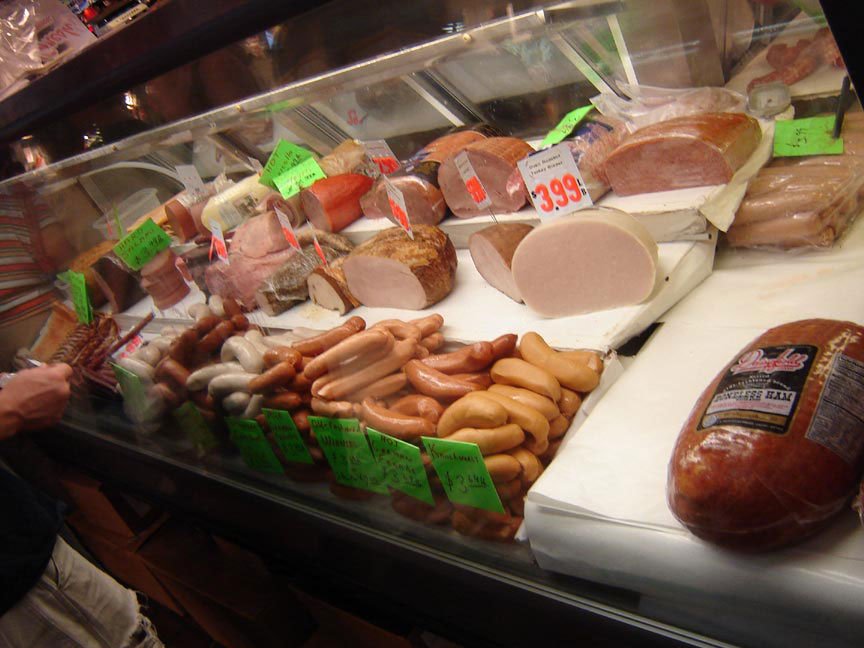 WASHINGTON, DC — In the approach to next week’s USDA National Organic Standards Board meeting in Pittsburgh, October 23-25, an industry watchdog, OrganicEye, has formally asked the body to remove celery powder from the List of approved substances in organic food processing.

Celery powder produced with copious amounts of synthetic nitrogen in chemical-intensive systems, has been allowed in organic production as a substitute for synthetic nitrates and nitrites to preserve deli-type and other processed meats.

In terms of functionality and human health impacts, celery powder is virtually indistinguishable from the synthetic preservatives it is replacing based on a growing body of research. The World Health Organization classifies processed meats a “known human carcinogen.”

“The continued use of this material in organic meat conflicts with the law that requires all synthetic and non-organic ingredients to be safe for the environment and human health,” Kastel added. “Organic food is supposed to be the most easily-accessible safe haven for mothers and fathers shopping for ingredients for their children’s lunch. Quite frankly, industrial, turbocharged celery powder just does not cut the mustard.”

To illustrate the confusion, a recent survey by Consumer Reports (CR) indicated that close to half of deli meat eaters would choose meat labeled “no nitrates or nitrates added.”

Consumer Reports quoted Joseph Sebranek, PhD, a meat scientist at Iowa State University, who stated that, “Their chemical composition [celery powder] is absolutely the same, [as synthetic nitrates] and so are the health effects.”

By law, non-organic ingredients that have been approved for use in processed organic food Sunset and cannot continue to be used unless reevaluated every five years. This is not the first time that industry interests have lobbied for celery powder’s continued use, despite mounting scientific evidence that it is deleterious to human health.

OrganicEye has created an online petition to allow organic stakeholders to voice their opinions concerning the continued use of conventional celery powder to members of the NOSB before their upcoming vote.

Although OrganicEye is a new project of the venerable Washington-based public interest group, Beyond Pesticides, with 113 years of organic movement involvement its principles are anything but unseasoned. Besides Kastel, a 30-year veteran of the organic industry, OrganicEye leadership includes Jay Feldman, who himself spent a five-year term on the NOSB, and Terry Shistar, PhD, the organization’s lead scientist.

Dr. Shistar continues her tradition, under the OrganicEye umbrella, of analyzing every synthetic and non-organic material petitioned by the industry for use in organic agriculture and food production, as well as the materials that Sunset every five years.

“Nitrates are prohibited in organic food because of their impacts on human health, which include methemoglobinemia, hypotension, risk of pregnancy complications, a number of reproductive effects, and cancer,” Dr. Shistar stated. “Substituting celery powder grown with high applications of synthetic nitrogen, when it has the same biological action in the human body, is unethical and undermines the reputation of organic food as the safest marketplace alternative.”

As an alternative to celery powder, OrganicEye suggests that meat processors and retailers can distribute similar products, without preservatives, that would be required to be kept frozen rather than adding nitrates.

At the Pittsburgh meeting, OrganicEye is also recommending the NOSB remove methionine from the List of approved synthetic substances added to organic poultry feed. The addition of this synthetic amino acid to feed supports the practice—despite federal law requiring outdoor access—of large, industrial-scale confinement operations. In Europe, where the maximum flock size is limited to 3,000 birds, and abundant outdoor access is required, methionine is prohibited. Its need, to supplement the diet of confined animals and prevent the impacts due to the stress of overcrowding, is demonstrably lower.

In addition to taking a stand on the controversies concerning conventional celery powder and methionine, OrganicEye is encouraging USDA to draw a bright line in the sand, continuing to prohibit newer genetic engineering technologies, such as gene splicing, in organic food production.

“Instead of joining public interest groups and recommending the removal of celery powder, the industry’s leading lobby group, the Organic Trade Association, is suggesting creating certified organic celery powder,” said Mr. Kastel, “All that will accomplish is creating an organic version of a compound that is known to be carcinogenic. That certainly undermines consumer trust and expectations about what organic is.”